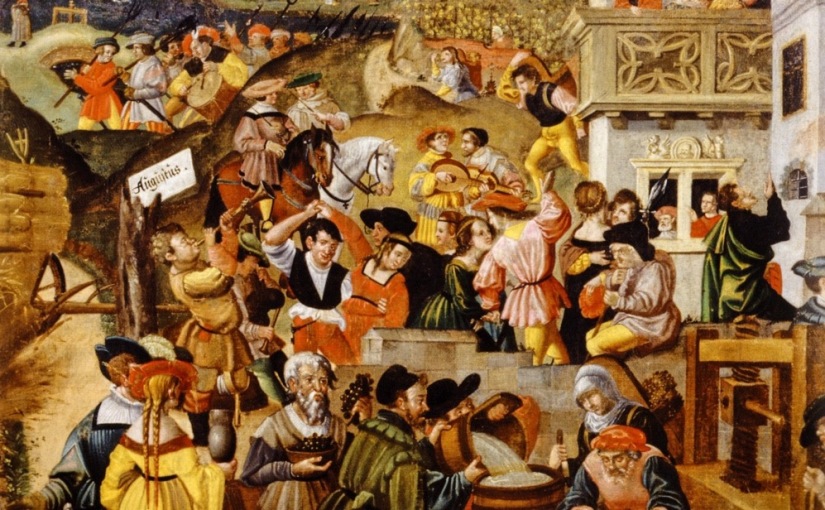 Socialist India is publishing this short, but extremely articulate article by Shilpa Surendra Pratap Singh in which she seamlessly moves from the insights thrown by the transition debate to arrive at the present conjuncture. We at the Socialist India believe that exercises such as these are central to the theoretical task of understanding our present and changing it. We would be publishing more of this sort in the coming days. 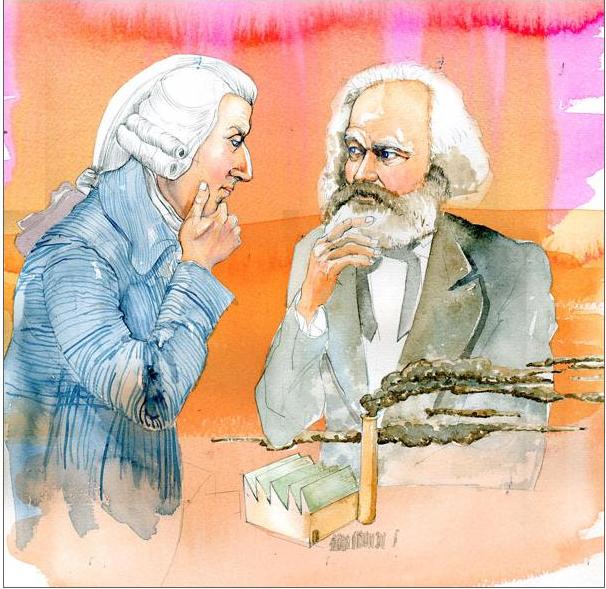 The debates on transition from feudalism to capitalism is very pertinent if one has to understand how capitalism emerged ( and, also how it can be overturned!- SI Editorial interjection)  . However, On the question of transition, Adam Smith completely absolved historicity of its emergence by treating it as an intellectual non-problem (like as in Locke’s schema of State of Nature which did not talk of specific time period in history but that of mythical abstraction somewhere in pre-history). Capitalism for him, was not a one of the several historically successive social or economic form, but a simple money economy which emerged ‘naturally’ and that seeds of transition from feudalism to capitalism lay somewhere in pre-history. The Neo-classical economists in their quest for ‘Universal formulae’ completely negated historiographical estimate of time and modalities under which capitalism emerged, the neo-classical economics till date study dynamics of capitalism as natural or given in the present without giving critical estimate of its emergence and operation in time period of History. As per the Marx’s materialist interpretation of History, the problem of transition was historically real, time-bound and rooted in class contradictions rather than being natural. Adam smith’s theory of natural division of labour negated the social division of labour and sought to naturalise inequalities. Moreover, the laissez-faire proponents have been charged of dehistoricization of the idea of primitive accumulation of capital(which is considered as prime mover in enabling transition from feudalism to capitalism) to absolve and sanitize capitalism of its repugnant and exploitative undercurrents in history of its emergence; Adam smith was very callous to suggest “otherworldly conception’ of accumulation of stock in sometime in mythical past akin to the times of Adam n eve—- was precondition for natural division of labour and he totally avoided analysis of social relations of production. 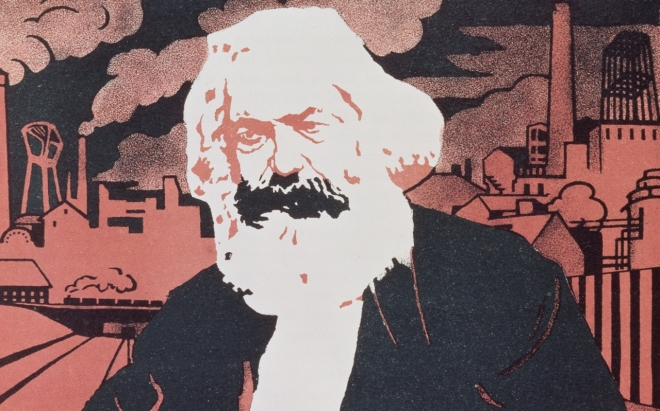 It was Marx who rejected theological basis of primitive accumulation., reinterpreted theory of primitive accumulations in real historic sense which explained the nature of exploitative social relations shaping inequalities in ownership of means of production and property. As per Marx, Two Major transformation takes place when transition process leading to development of capital relation is underway, First, where social means of Subsistence and production are turned into capital and Second, when Primary/immediate producers are transformed into wage labourer. Thus primitive accumulation of capital is historical process which divorces the producer from means of production and is prime mover in transition process. The process of primitie accumulation of capital is based on forceful expropriation of immediate producers (by commodity owners) where they are separated from their social means of subsistence and are forcibly hurled as wage labourer in labour market as right-less, free proletarians. Moreover, Primitive accumulation is often followed by a political revolution, and is carried out by might of state in collusion of dominant classes in existing relations of production.
However, the process of primitive accumulation of capital despite being prime mover of transition from feudalism to capitalism does not completely disrupt old social and property relations rather it may simply lead to transformation of feudal exploitation into capitalist exploitation , the landlord or other feudal elites who accumulated wealth by use of force or virtue of better social position are more likely to be a Capitalist than a small farmer or other marginal classes of feudal era, who are most likely to transform as free worker once they are separated from their means of subsistence. For illustration, in pre-capitalist social formations in India, existing social and property relations provided strong basis for accumulation of capital claims and titles to existing assets in favour of dominant castes, wherein they by virtue of their social position in form of patronage, entitlements of land and Political and ideological power were able to coerce the marginal classes, thus extracting of surplus aiding to primitive accumulation of capital enabling concentration of wealth. (Dobbs, 1963: 178, Studies in Development of Capitalism)

Similarly, tribal societies which existed independent of scheme of caste and feudal network were made subservient by use of force or political control, the primitive accumulation there also dispossessed the tribal from means of subsistence and were hurled as wage labourer often worked as bonded labour or slave. With the emergence of liberal democratic state and its institutionalization of old property rights, accumulated wealth by use of force or labour exploitation gains legal legitimation which becomes structural bases of inequalities as the capitalist transformations intensifies.
On the other hand, with the ascendancy of hegemony and universalization of bourgeois discourse in age of global capitalism, the neo-liberal discourses are being naturalized as immutable fate of human society. For instance, Contemporary Discourse on Inequality treats inequalities as naturalised and given in the present context, however its historicity and linkages to structural bases of class contradictions are totally ignored, role of exploitative social relations leading to domination of one social group over other through process of primitive accumulation of capital is responsible of dominant set becoming capitalist and subjects being hurled as free worker in job market, these ideas are precisely is being pushed to margins of mainstream episteme.
Thus time in history becomes an important factor which tells us not only stories of different times such as that of feudal order and Neoliberal order but it also tells how ‘time’ shapes cognition, we believe in Adam smith’s schema of mythical past ( owing to ascendancy of construct of talent merit reward system typology) where lazy rascals remained workers and hence poor and hardworking and talented became capitalists and rich, which is a farce as hard-work alone do not satisfy the accumulation of capital imperative for rise of particular class as capitalists as discussed earlier. The primitive accumulation of capital as a process also travels through history, it not only exists at infancy of capitalism but throughout the various stages of capitalist transformation.
In our dominant culture, We love to eulogize entrepreneurs success stories from rag to riches, We believe people who work hard become capitalist, so if Adani and Hindalco (Aditya Birla group) accumulate more wealth in next few years by exploitation and dispossession of tribal people in Godda in Jharkhand and Mahan Coal block in Madhya Pradesh respectively, we will gush over their success and contribution in economic growth of nation, and dispossessed tribal people who are divorced from their natural settings are forced to migrate and often join class of unorganized daily wage labourer or Lumpen proletariat in flashy urban locales, become lazy loosers by default. It’s atrocious that lies and theological framework of Adam Smith’s Political economy rules the day and Karl Marx’s revolutionary polemic and critique of classical political economy is being pushed into oblivion. 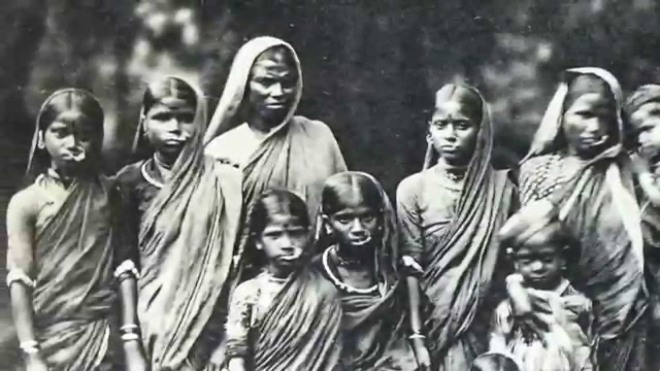 The present epistemological frameworks in vogue attacks historicities and attempts to displace economic/material embeddedness of social relations by claiming that subjects are independent and capable of constructing critical reason and sensibilities outside the bases of structure. But then as a Marxist, I understand all these epistemological processes are dialectically linked to socialization process infected by rationalized value orientations and thoughts rooted in logic of capital agglomeration. As  Marxists, it should be our task to not be an agent for legitimation of logic of Capital, and thus any revisionism which exalts Capitalist model of development and accumulation must be contested tooth and nail by all communists. Capitalism and Communism are two mutually exclusive choices, any reason for reformism or compromise must be outrightly rejected as Marx said- ‘Reason has always existed, but not always in a reasonable form.’